Kuche Safaris operates and offer hunts in different regions of South Africa and have extended our services to Burkina Faso in West Africa and limited to Zimbabwe.

Hunting takes place in most of South Africa’s provinces.

Most of our standard hunting packages take place in three major areas. We hunt and combine our areas in the Limpopo, Northern Cape and North West Province. These areas differ a lot from one another in topography and species. The Limpopo consists mostly of thick acacia thorny brush and sandy flat areas. The Northern Cape is characterized by more open plains with very little tree cover and mountains. When hunting in the Northern Cape, longer distance shots are required and the North West Province is like a combination of the above.

” It’s a real advantage to hunt in two different areas on one safari to experience a little more of what this country has to offer.“

We hunt in these different areas to provide you with a bigger variety of species. Our hunting does not support Put and Take hunts. In the Limpopo we hunt on +/- 70 000 acres. In the Northern Cape we have access to +/- 60 000 acres and our area in the North West Province vary in size from 3000 – 10 000 acres.

We also do some buffalo hunts next to Kruger National Park where we offer you good Nyala, Cape Buffalo and other species. These are wild Buffalo and are not pen raised and tame. With us you will have the choice of the bulls we find on the hunt. 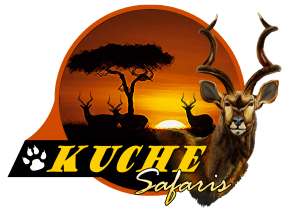